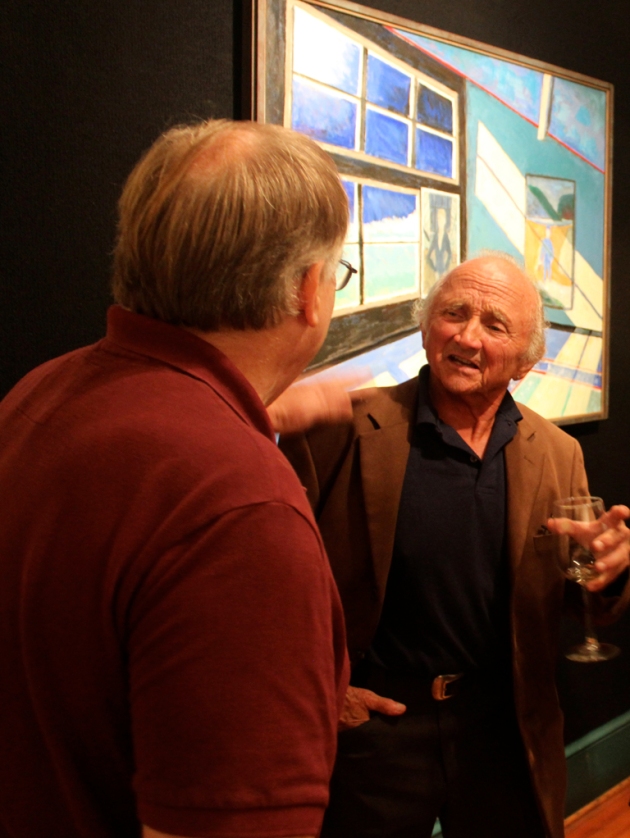 Bill Adair in the News!

On view by appointment at Gold Leaf Studios through November 20th, 2011

A pioneer of American contemporary art, Niese came of age as a painter in New York City in the 1950s where he became friendly with Willem de Kooning, Franz Kline and William Carlos Williams.  Niese exchanged ideas and critiques with these great American masters.  Art historian Bill Kloss writes, “Niese learned from the best examples, found and absorbed what suited his own growing expressive imperatives, and created his identifiable pictorial language through intuition and conviction.”

Niese’s 1960 painting “Jersey Lyric” inspired William Carlos Williams to write a poem with the same title.  The exhibition includes a charcoal sketch of the painting and the original correspondence between Niese and Williams, in which they discuss three different drafts of the poem.

The paintings and drawings in the exhibition date from the mid-1950s to the present.  The range of subject matter includes portraits, interiors, exteriors and landscapes.  Each work demonstrates Niese’s ability to capture the inherent structure and organization of living and non-living objects.   Art critic, Martica Sawin wrote of Niese’s paintings, “The pleasurable aspects of everyday life…are described in terms of glowing color and unusual design which is at once a strong two-dimensional composition and an admixture of narrowing and expanding perspectives…There is an engaging candor to these paintings as well as an involvement which goes beyond the simplicity of the subjects and their treatment…”

Niese’s powerful compositions resonated with the Pulitzer committee in 1954 when he was awarded the Pulitzer Traveling Scholarship in Art.  In addition to the Pulitzer award, Niese received the prestigious W.A. Clark Prize at the 1955 Corcoran Biennial.

Niese’s paintings were exhibited in the 1957 Whitney Biennial and in subsequent Whitney group shows in 1960 and 1962.  His paintings can be found in museum collections around the country including the Whitney, the Corcoran Gallery and the Everhart Museum.

Gold Leaf Studio’s exhibition reveals Niese’s constant play with theme and variations, and his ability to transcend the surface qualities of the work giving us pictures that are full of spirit.  Niese writes that he “delights in calling attention to the relationships between different objects.”  This delight comes across in his paintings, which are joyful declarations of the world in which we live.

Niese is also a gifted storyteller, writer and teacher.  He is the author of the book The Man Who Knew the Medicine: Bill Eagle Feather’s Teaching, which was published in 2002.  Niese’s teaching credentials include, the Montclair Museum, The Brooklyn Museum, The Newark Museum, Yale and the University of Maryland.  He resides on a farm in Glenelg, MD with his wife Paula.

For further information or to schedule an appointment to view the exhibition, please contact Lauren Hilyard at 202 833 2440 or Lauren@goldleafstudios.com